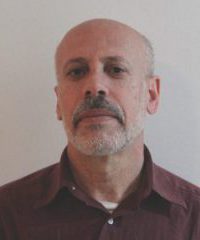 Munther Younes is a Reis Senior Lecturer in Arabic Language and Linguistics as well as the Director of the Arabic program in the Department of Near Eastern Studies at Cornell University. In addition to directing the Arabic program at Cornell, he teaches different levels of Arabic language and specialized courses in Arabic linguistics and the language of the Quran. He is also an affiliated faculty member in the Department of Linguistics at Cornell.

Before joining the Cornell faculty in 1990, he taught Arabic at the Defense Language Institute in Monterey, California and prior to that, he taught English and linguistics in Jordan and Saudi Arabia.

Younes has developed an Arabic program at Cornell that is radically different from Arabic programs elsewhere in its integration of spoken Arabic with written Arabic in a way that reflects the use of the language by native speakers.

Younes has published articles and books in three main areas: Arabic linguistics, Teaching Arabic as a Foreign Language and the language of the Qur’an. He is the lead author in the three-part textbook series ‘Arabiyyat al-Naas.

His latest publications include: The Integrated Approach to Arabic Instruction; Charging Steeds or Maidens Performing Good Deeds: In Search of the Original Qur’an; and Riḥla ilā Bilād al-‘Arab: A Comprehensive Introductory Course for Heritage Speakers, all published or scheduled for publication by Routledge.

Please visit the below link for all the events happening at AUC during your stay.

Please visit the link below for all the food outlets available at AUC.

Scroll back to top