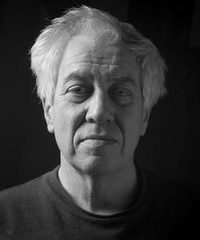 Kees Versteegh was born in 1947 in Arnhem (the Netherlands). He studied Classical languages (Greek and Latin) and Semitic languages (Arabic and Hebrew) at the University of Nijmegen (the Netherlands), and obtained his Ph.D. at the same university on a dissertation entitled “Greek Elements in Arabic Linguistic Thinking” (1977).

In 1973, he was appointed Assistant and later, Associate Professor at the same university. Between 1987 and 1989, he served as the director of the Netherlands-Flemish Institute in Cairo. After his return to Nijmegen, he was appointed Chair of Arabic and Islam in 1989; a post he occupied till his retirement in 2010. During that time he served as the head of the Department of Middle Eastern Studies as well.

Versteegh’s teaching obligations at the University included courses in language acquisition, Arabic dialectology, Classical Arabic text analysis and Arabic linguistics. In addition, he supervised a total of thirty-three Ph.D. dissertations in the field of Arabic and Islam.

His books include, Pidginization and creolization: The case of Arabic (1984); Arabic grammar and Qurʾānic exegesis in early Islam (Leiden, 1993); The Arabic linguistic tradition (London, 1997); and The Arabic language (Edinburgh, revised edition 2014).

Versteegh was also the co-editor of the three-volume Handbuch für die Geschichte der Sprach- und Kommunikationswissenschaft (Berlin, 2000-2006). Moreover, he served as editor-in-chief of the Encyclopedia of Arabic language and linguistics (5 volumes, Leiden, 2006-2009); and, together with Jan Hoogland and Manfred Woidich, edited the Dutch-Arabic and Arabic-Dutch dictionary (2 volumes, Amsterdam, 2003).

For his publications, please visit: https://radboud.academia.edu/chmversteegh

Please visit the below link for all the events happening at AUC during your stay.

Please visit the link below for all the food outlets available at AUC.

Scroll back to top